A world without banks, governments and war 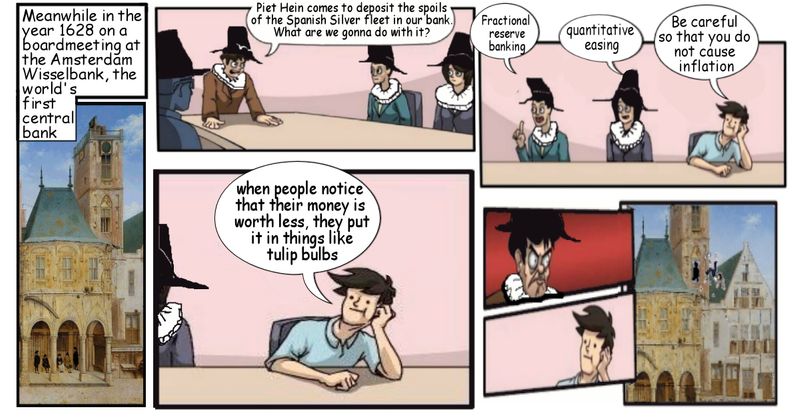 Banks are not of this day and age, I unfortunately discovered it again today.

I had sold some Bitcoin Cash for euros on a Friday afternoon. The exchange took place in a fraction of a second thanks to Bitcoin Cash’s immediate confirmation and the buyer sent the euros to my bank account at the same moment. the fee of Bitcoin Cash (BCH) is so low, like a fraction of a cent. Try that with Bitcoin Core (BTC).

But the money didn’t show up in my bank app. I contacted the helpdesk. Luckily someone was available.  The answer: the euro’s will be on my bankaccount on Monday morning after 9 a.m. Reason: the bank is closed during the weekend.

The old versus the new

Banks are not of this day and age because without a 24/7 mentality I do not expect that banks will survive today’s demands, but I fear that those living fossils will be difficult to wipe out from existence by the proces of natural selection. They simply don’t care if they fit in or not just like they don’t care what their clients want. They sit on their thrones in their ivory towers. My advice is to try to simply ignore them as much as possible. Let them rot in their ivory towers, their palaces of glass, steel and concrete, while we build a better future without them.

On the other hand Bitcoin Cash fits perfectly in the demands of the people who are used to get video content on demand via Youtube or Netflix for example or shop anytime a day or night at their favorite webshop via a super fast fiber optic connection. Bitcoin Cash is as fast as a microsecond and there is no middle man that can stop your transaction for whatever reason.

Thanks to crypto-currencies like Bitcoin Cash or Dash (which is also super fast and cheap) you don’t need banks anymore. You are your own bank. You don’t need a middle man anymore to keeps your cash in a vault, you have your vault in your own pocket via ab app on your mobile phone (for example the Bitcoin.com app), or in the corner of your webbrowser (Badger for example) or a desktop wallet (Electron Cash for example). With a swipe or a click you transfer money to anybody you wish and no bankemployee or politician can stop you from doing it.

How did we got stuck with these banks?

Back in the days banks came to existence because walking around with bags of gold  was a bit heavy so banks took care of your load and gave banknotes in exchange that represented your stash of gold in their vaults. But somewhere along the way they started to mess around with the value and banknotes became worthless.

The central bank showed up a few hundred years ago. The first one was the Amsterdam Wisselbank in 1600 who controlled the value of gold and silver coins. The Dutch Republic in those days allowed free coinage after this young nation got free from the Spanish empire that messed around with the value of their coin and taxed everybody out of business and persecuted anybody who wasn’t catholic.

But the Amsterdam Wisselbank was about to be abolished around 1800 because it turned into a swamp of fraud and corruption. Nevertheless more and more countries started their version of a central bank. Governments where in favor of central banks because they enabled them to put up schemes to finance their wars. Once the United States got their central bank, the Federal Reserve in 1913 and rolled out a special war tax, the federal income tax, all doors where open for massive wars and genocides like mankind has never seen before. A few hundred million people where slaughtered by governments worldwide since the Federal Reserve act was signed in 1913. All the mass slaughter was payed with money printed by central banks.

The Federal Reserve made the money press work overtime and all the money worldwide went along with the dollar. This extra printed money often went directly to the war industry through defense budgets. To keep the stock prices of this war industry green, the military industrial complex bought in politicians who did not avoid an invasion here and there so that their industry could continue to run and the stock prices would continue to rise.

Nowadays banknotes don’t represent any gold but instead the amount of thin air that escapes from the rectums of politicians that want to borrow more and more money to pay for their endless wars and their social programs that are designed to keep the population weak, stupid, ignorant and depended.

How do we get out of this mess?

The internet is an invention just as powerful as the invention of printing press and paper was back in medieval times. The people in the 1500s finally got the tool to print themselves out of superstition to enlightenment. Centralized religious institutions like the Vatican lost their grip on the minds of the people and the people began to realize they could have a much better existence without kings and popes.

Thanks to the internet government controlled institutions like schools and media are loosing control on the people. Nowadays we can wiki or google anything we wanna know and if you don’t trust google you can duck duck it somewhere else. People can figure out via the internet how politicians are lying and fooling them. Independent journalist and alternative media can shine a different light on certain matters than government and bank controlled mainstream media.

In 2008, during the explosion of the housing market bubble, Satoshi Nakamoto’s whitepaper was published on the internet and set the start of a new age in motion: the age of crypto. He described in his paper a peer to peer electronic cash system called bitcoin. The bitcoin was born shortly after and this gives people the power to control their own money. And this brilliant invention sucks the lifeblood out of that cruel beast called government.

Once more and more people abolish fiat currencies governments will loose income. Once governments loose income they don’t have the funds for their social programs to keep citizen weak, stupid, ignorant and depended on welfare. Once these chains are broken people have a possibility to become stronger, independent, informed and smarter individuals if they want to.

Wars and genocides will belong to the past when governments don’t have an income anymore. And humanity can build a voluntary and peaceful society. That’s the future we’re heading to. It is inevitable although government and banks will try to stop it, fight it or regulate it to death. But the question is on who’s side do you wanna be in history?

Do you want a future where children grow up who will never experience war, who will never have to fill in a tax form in their lives, who will never have to go through bureaucracy, who will never see a politician, a cop or a soldier? A world where every individual owns themselves and is free to do with his life and his stuff whatever he wants. A future where no one has to beg to a bureaucrat for permission to do something with his own body or stuff. A world in which no one will be locked in a cage for smoking a plant or running a lemonade stand. A world where no bombs will be dropped or countries invaded or people murdered on mass scale because governments will be abolished.

If that’s what you want, join the revolution